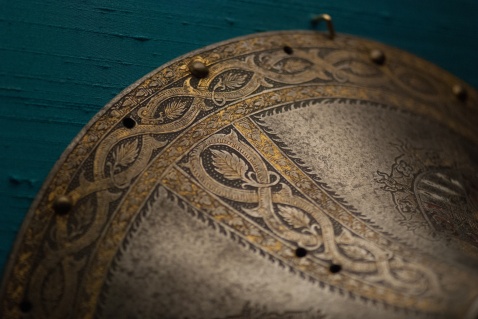 Once again, it was thrust upon us.

My sons and I were watching television and soon realized “IT” was going to be part of the storyline. Our lighthearted summer romp through The Hamptons was referencing a significant anniversary in the life of its main characters, a pair of brothers. Being the shrewd (and somewhat rabid) TV viewer that I am, I was able to quickly deduce the meaning of the upcoming fictional date.

Intuitively, I scrutinized my boys’ expressions to see if they had caught on. One of them readjusted his relaxed posture to more formal pose; the other shifted a bit in his chair. What used to take effort had now become instinctual. A narrative meant to tug at the heartstrings of most viewers was going to twist and turn ours. All three of us braced ourselves accordingly.

It had been 25 years since the death of their (the main characters’) mother.

“Shit!” I thought for seemingly the thousandth time. For a few years after we lost my husband, I would sidetrack my boys’ attention away from the television when such a plot development occurred. Sometimes, I would “accidentally” change the channel. “Oops!” I’d exclaim in my best, pseudo-innocent voice. Such tactics can only work for so long.

The difficulties escalate this time of year.  My maternal eye views every Father’s Day themed commercial as a dart aimed squarely at my children. I would like to stand in front of them like Wonder Woman, deftly deflecting the onslaught of paternal imagery with a PING! and a POW! of my magic bracelets.  I’d encase both of them entirely in chainmail, if possible, to repel the wily projectiles that made it past me.

Regrettably, I haven’t always made the best decisions when it came to exposing my sons to unsuitable material. Case in point: I took both my sons to see the movie, ‘The Express’ mere months after losing their father. It was a film about Ernie Davis, the first African-American to win the Heisman Trophy. We were a football-obsessed family, so this should have been an enjoyable, but relatively uneventful weekend outing. What I carelessly overlooked is that Davis dies shortly after being drafted by the NFL. Of leukemia!!! Not my wisest parental decision.

I know it’s completely unrealistic, but I have often fantasized about a process where a cable customer could create a personalized warning system. A subscriber would enter whatever topics offended their sensibilities or damaged their emotional well-being. Shows would be subsequently scanned and customized alerts would appear when necessary. In the case of our household, they would read:

Caution, the following content contains scenes either depicting or referencing the death of one or more parent.

In the movie, ‘A Knight’s Tale,’ it is a woman who constructs the breastplate that best guards the heart of Sir Ulrich. It is lightweight, flexible, but durable. He is able to joust without unnecessary constraints. I used to be my sons’ blacksmith. The sole designer of their shields. But they are now young men. They must forge their own suitable armour.

In the end, the hero of the movie winds up being overburdened by his defense mechanisms. His metallic safeguards, no matter how accommodating they once were, become too rigid for him to continue. The newly christened knight discards his gauntlet and faces his final opponent unmasked, unshielded, and exposed.  Ultimately, he is victorious over the enemy that challenges his rightful place in society.

Whatever fortifications my sons select – whether they are walls, moats, or armour – it needs to be an individual choice. It is up to them to determine if they want to erect barricades. They alone elect whether to build them up or tear them down and when. As much as I may desire to, I can’t protect them anymore.

And so, tonight we will turn the TV on again. Will our viewing choices be friendly to our little family? Maybe. Maybe not. A strong fatherly lead could induce a wave of melancholy in my sons. A commercial featuring an affectionate husband might strike a chord with me. It’s impossible to predict. Unless we choose to live a life of solitary confinement, complete avoidance is impractical and not at all feasible. We will each weigh our options. We will measure our selections against our defenses. Hopefully, at least for now, we won’t be found wanting.

2 thoughts on “A Mother’s Tale: Shielding and Letting Go”

Lisa Gastaldo is a Travel Event Coordinator and Creative Writer based in California. Her essays, which cover everything from raising her two sons, losing her husband to cancer, battling cancer and autoimmune disease, as well as memories of life growing up a Valley Girl in the suburbs of LA, have appeared on Medium.com, The Good Men Project, and The Huffington Post. You can keep up with her on Twitter @ciaoluvlisa.